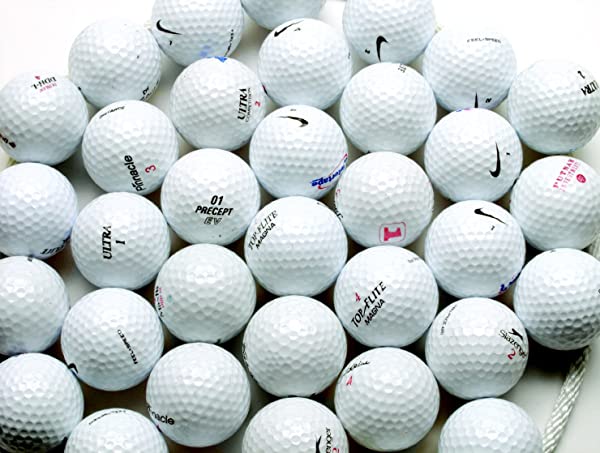 Calcutta ad claims the golf balls are the longest, greatest ball ever.

While this statement is controversial, it hasn’t generated a lot of sentiments from golfers as the company’s mode of operation.

There are many online reviews about the company, especially on their ‘free offers’ that seem not to be free after all.

While many have claimed the brand is a scam, others say it necessarily isn’t.

So, it is high time we demystified the company. Is Calcutta Golf Balls legit or a scam?

SwingBits LLC is the parent company of Calcutta golf balls, as confirmed by BBB.

According to the source, the company has been in existence for over four years but, surprisingly, is not accredited by the United States Golf Association.

There are not many known facts about the brand except the numerous negative reviews about their malicious operation.

The company’s social media presence and activities are pretty low.

The profile is filled with complaints. Hence the customer rating is terribly low.

How Does Calcutta Operate?

The brand advertises its product with a free offer promotion.

They entice customers by giving out a sleeve of Calcutta golf balls for a dollar. The advertisement offers customers three free balls for $1.00.

When customers sign up, they usually ask for credit cards to pay for shipping. However, the process seems like a malicious act.

After the payment, customers claimed they were charged about $50 a week later for a membership fee they didn’t sign up for.

The review on Calcutta Golf Balls isn’t pretty. There are a lot of complaints from customers who either don’t get what they pay for or the balls they got are fake and not what they were expecting.

These kinds of reviews are plenty of Trustpilot if you care to read them. Next, there are a couple of reviews on Swingbits, which seems to be selling these golf balls.

I haven’t found a positive review about this company. As I mentioned above, it may be better to avoid buying from there.

From the pricing of the golf balls, you could easily see this might not end up well. For example, there are some adverts for 3 golf balls for $1.

While you can definitely find cheap golf balls, especially used ones, this seems almost unbelievable.

Truly, some users claim they are durable and nice to putt with, but the majority have a different opinion. I’d say stick with reputable and well-known brands like Srixon.

Calcutta Golf Balls for Sale: Are they Any Good?

For most customers that claimed and tried the golf balls, there are no outstanding reviews from them.

The golf balls are bang average, and there are hundreds of golf balls saturated in the market that give better performance.

Also, Calcutta balls are not legal as established by the USGA.

To be declared legal, a golf ball must meet various requirements established by the association.

The USGA maintains a massive database that records all proper golf equipment.

Based on the database, the Calcutta golf balls are illegal, meaning you can’t use them in any tournaments. They are also illegal in any high-stakes game.

Even though there is no substantial evidence to back the company’s legitimacy, it might not necessarily be a scam.

However, the company is undoubtedly operating through a malicious or scammy practice.

The company entices customers with a very cheap offer to get a sleeve of golf balls and then tricks them into subscribing to a website without their consent.

From our due diligence, we realized that during the process of putting the credit card, there’s a fine print that indicates you’re signing up for a membership for a website for $49.99.

Unfortunately, this fine print is tough to detect, so most customers miss out on the details.

After the subscription, customers have seven days to cancel, or their cards get charged.

The monthly subscription is for their golf swing training videos.

So, if you want to buy a set of golf balls, you must opt-in to buy their online swing training subscription.

Which begs the question, if their golf balls are as good as they claim, why do they need to trick customers into signing up for the swing training subscription?

As if that’s not enough, after customers are charged, there’s no refund.

However, their customer service seems to be functional as they tend to resolve numerous cases when customers’ accounts were charged.

When customers contact them for a refund, the company only cancels the account so that no further charges would be incurred, but there’s no refund.

Hence, it’s safe to say Calcutta and its parent company SwingBits LLC are dubious companies, and customers should be extra careful in their dealings.

Besides, the company doesn’t have an aura of a high-quality brand based on its profile and social media presence.

What is a Calcutta in Golf?

In golf, a “Culcutta” is a type of betting game or auction in which players or teams of players are auctioned off to the highest bidder.

The funds raised through the auction are typically used to create a prize pool for the tournament or event.

The name “Culcutta” comes from the city of Kolkata (formerly known as Calcutta) in India, where this type of betting game is said to have originated.

In a Culcutta, players or teams of players are typically assigned a starting price, and bids are placed on them by interested buyers.

The prize pool is usually divided among the top finishers, with a portion going to the owner of the player or team that finishes first.

Culcuttas are often organized as part of a charity golf tournament or other fundraising events.

They can add an element of excitement and competition to the tournament. And can also help to raise money for a good cause.

However, they are not sanctioned by the official rules of golf. And are generally considered to be a form of gambling. As such, they may not be allowed in all jurisdictions.