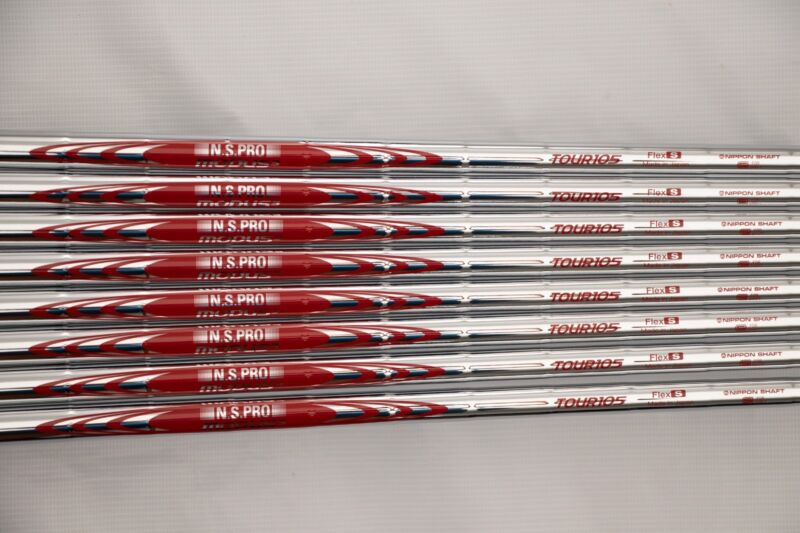 Nippon is a brand that has been making golf steel shafts for many years. The company is the leading steel shaft manufacturer in Asia and is starting to gain popularity in the United States too.

Most professional golfers have a piece of Nippon steel shaft in their golf bag, as these shafts offer good performance and durability.

If you’re seeking a steel shaft, you must have come around the Nippon Modus 3 Line.

For most people, these shafts are a perfect choice but choosing the best among them is the problem, especially Modus 105 and 120 since they are similar.

If you’re in this predicament, this article is for you. In this guide, we’ll compare and contrast both shafts: Modus 105 and 120, to establish the better choice.

The Nippon Modus 3 Line was released several years ago. The shafts are tested and trusted to have the capacity to handle the high speed of the golfer’s swing while sustaining the desired spin and ball flight.

It has four models, including Modus 3 Tour 105, Tour 120, Tour 125, and Tour 130. The numbers indicate the corresponding gram weights of each Model.

These shafts are built to provide mid-ball flight, and each offer different patterns on how the mid-flight will be achieved. They have different personalities based on the feel the golfer desires.

The Tour 120 has more shaft feel at impact and is produced for golfers with a medium tempo and a mid-release.

Let’s compare and contrast both shafts to understand their differences.

There are distinctive attributes between the two shafts that make them unique. We’ll differentiate them using some factors as follows:

The significant differences between the Modus 105 and Modus 120 lie in their flex options and can be a deciding factor. These shafts have regular, stiff, and extra-stiff flex options.

However, the Modus 120 has an extra flex option of extra stiff plus, which is not available in the Modus 105 model.

This extra flex option could be a great deal. It’s ideal for golfers with significantly high swing speeds. Hence, if you have a high swing speed, the Modus 120 shaft model might be a better choice.

However, if your swing speeds are below average, you can choose any of these shafts because both will be acceptable options.

Another significant difference between the Nippon Modus 105 and the Modus 120 shaft option is their weights.

Of course, the number corresponds to their weights, which means the Modus 105 is lighter than the Modus 120. The difference in weight options can also be a significant deciding factor for you.

In the case of the Modus 120, which is a heavier shaft, you’ll have more control over your shots, leading to enhanced and accurate shots.

Both shafts offer different outcomes concerning their weight options, and you should only choose the one that offers what you’re looking for.

The length option is another option to consider before choosing between the shafts. In this regard, there’s no difference between them. They offer similar length options, which range between 37 inches – 41 inches.

The length limit should not exceed 46 inches. If a shaft has a length option beyond 46 inches, it will be deemed illegal.

So, both Modus 105 and Modus 120 are legal as they are within the length limit. Irrespective of the one you choose, you’ll be able to select a length option that works perfectly for you.

The launch is another significant difference between the two shafts. Generally, the Modus 105 shaft has a low launch, while the Modus 120 has a low, mid-launch.

This launch feature signifies that you’ll enjoy a slightly lower ball flight on the impact with the Modus 105 compared to the Modus 120, meaning the Modus 120 will provide more height.

The USGA has strict rules that determine the legality of a shaft. If the equipment doesn’t conform to the rules, it’s considered illegal.

Before you purchase a shaft, it’s crucial to understand its legality status to be confident you’re using a legal shaft.

According to the USGA, Modus 105 and 120 are both legal as they conform to all these rules. So, they can be used for casual, professional, or high-level amateur games.

As discussed above, both shafts are excellent and provide outstanding performance. They share some similarities and differences that might influence your choice between them.

The best one for you will depend on your preference and skill level. Ensure you scrutinize the strength and weaknesses of each shaft and only pick the one that aligns with what you want.