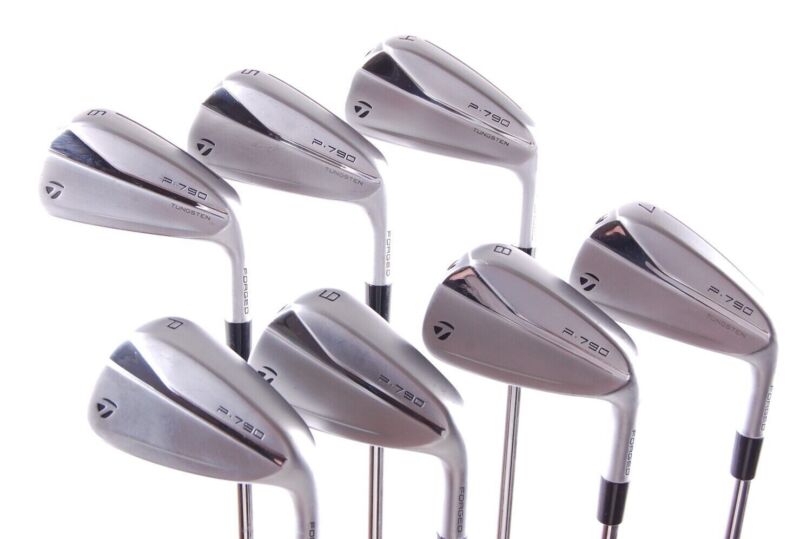 The Titleist T200 and Taylormade P790 are compact player irons with immense workability, durability, and higher spin rates when compared to most beginners’ irons.

They are suited for players seeking to improve their games.

This range of irons is perfect for low and mid-handicappers.

Because of their many similarities, choosing one between them is often a point of confusion.

If you’re also in this dilemma, this article is for you. We’ll compare and contrast these irons to determine the best. 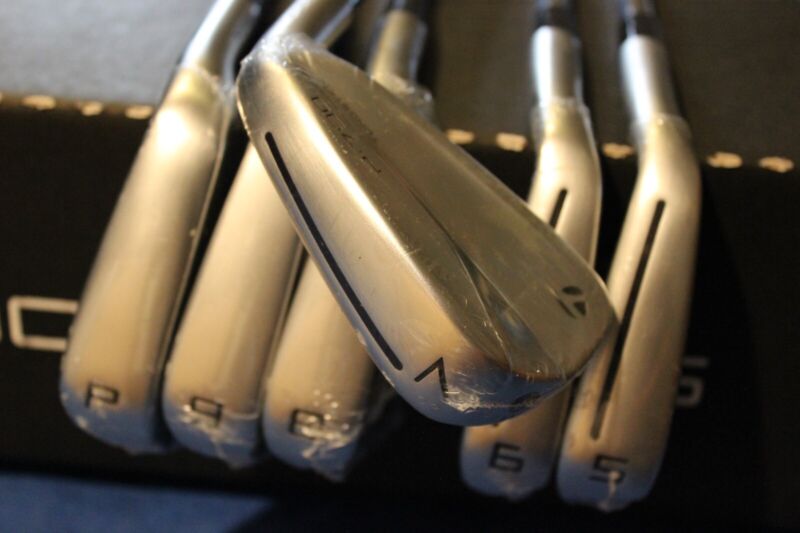 The Taylormade P790 was established in 2017. Their recent upgrade in 2019 made them more forgiving and long-lasting.

The irons have compact heads with a thin top line giving users the ability to stop, fade or draw the ball with ease.

The hollow forged head comes with Speed Foam for dampening unnecessary vibrations or shocks and giving an improved soft feel.

The Tungsten weighting improves the MOI while expanding the sweet spot and the fast face adds more distance.

These irons are forgiving and ideal for mid-low handicap players.

The back has the polymer “Max Impact” inserted to spring the ball off with improved distance and speed.

These irons are tour-grade and highly coveted by most PGA players.

However, they are not beginner-friendly irons because it requires immense consistency to work them well.

They are suited for mid to low-handicappers with great consistency looking for the best player irons.

Despite their similarities, both irons have different specifications and attributes.

They exhibit some differences that give them advantages over each other.

For instance, the T200 of Titleist has a shallower face.

This attribute improves its forgiveness for shots hit off-center.

On the other hand, the Taylormade P790 iron has a deeper face which helps golfers attain improved distance from their shots.

Furthermore, the Taylormade P790 has an undercut cavity which makes it lighter.

In the case of the Titleist T200, there are no such attributes, so they are heavier than the Taylormade P790.

Moreover, the price difference is another crucial factor.

When compared, the Titleist T200 is far lesser than the Taylormade P790. To put into context, a set of Taylormade P790 costs the same as three sets of the T200.

To further differentiate between the two irons, we’ll compare their different features based on certain factors as follows:

The Titleist T200 has less spin and a lower launch than the Taylormade P790. The P790 has higher spin and launch, particularly the shorter irons.

On the other hand, The P790 has stiff, extra-stiff, and regular flex options.

When compared, the Titleist T200 provides fewer mishits than the Taylormade P790, which has greater mishits.

The Taylormade P790 features an ultralight urethane form in the clubhead, which helps enhance the feel. The Titleist T200 doesn’t have the urethane foam in the club head.

Concerning profile, the Titleist has an edge.

This club iron has a sleek profile and features a thin topline which improves its appearance and gives it a more appealing look.

The Taylormade P790 also has an excellent look, but overall it looks a bit chunky compared to the T200, which has a very thin topline.

The Taylormade P790 is more forgiving than the Titleist T200, making it more widespread.

What to Consider When Deciding:

There are a lot of factors that comes into play when you’re trying to choose between two opposing irons. Why some might be obvious, you may not many others.

To help facilitate an informed decision, here are things that makes each club stand out:

Titleist T200 or Taylormade P790: Which One is Better?

While some claim the T200 is the better iron, others think it’s the Taylormade P790.

From the review, it’s evident that both irons are great with premium features.

The better one will vary from one person to another depending on each person’s skill level and what they prioritize in their irons.

However, there’s no marginal difference between the two irons. The Taylormade P790 also outweighs the T200 in terms of look and Speed Foam insert.

We’ve listed out the attributes of each iron to help you decide the best for you. You should choose your next set of iron depending on your skill level.