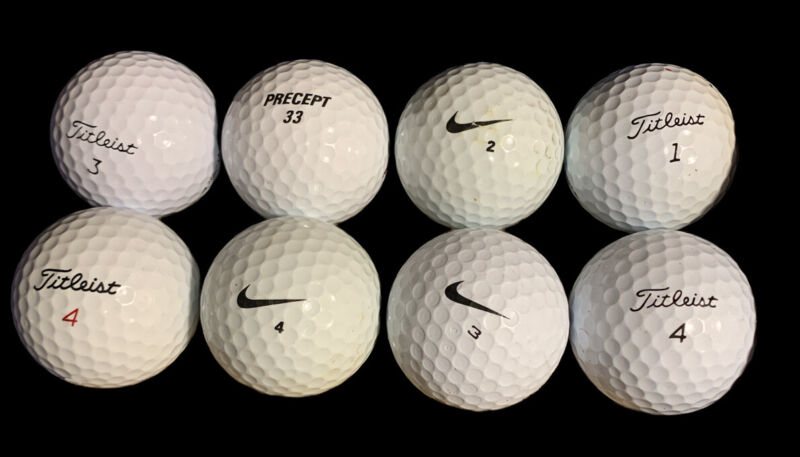 In the pantheon of golf balls, there’s the Pro V1, and then there’s everything else.

The industry-leading ball has won more tournaments than Tiger Woods has had affairs and has been in the top 10% of golf balls sold for nearly two decades.

Not only that… But it also holds a major advantage over other brands: It’s a marvel by Titleist.

This means that when Nike, TaylorMade, or any other company tries to make a similar ball, they’re going up against one of the largest sporting goods companies—a David vs. Goliath battle if ever there was one.

But Titleist seems to have taken that challenge very seriously with its latest offering: The new Tour Soft.

This is a golf ball that will likely be seen on PGA Tour players’ bags soon!

In this post, we’ll compare these two big hitters head-to-head to see how they stack up against each other.

Tour Soft vs. Pro V1: Which Brand is Better?

When choosing your golf ball, there are a lot of factors to consider depending on your level and aims.

One of these is durability. Unless you have a wad of cash to expend on golf balls, you will want one that can last you a while.

You’ll also want to consider the feel and responsiveness, which can affect the height and the distance you can reasonably cover.

Ball flight is also important as well as carry distance, especially if you’re interested in covering a good range with each shot.

Let’s look at each of these in turn:

If you’re a golfer, chances are that you’ve seen or heard of the Pro V1 and its big brother, the Tour version.

You know some distinct differences if you’ve played with either of these balls.

One of those differences is their ball flight.

The Pro V1 has an average trajectory and a high spin rate, making it more likely to stop on the green than roll off it.

In contrast, the Tour Soft’s lower trajectory and higher spin rate make for an easier-to-hit but less reliable shot into greenside bunkers or over trees in woods lines.

My opinion: This is easy. Go for the Pro V1 if you want a ball that can give you a reliable shot. Tour Soft will be a great option if you are beginner, though.

You may be surprised that Tour Soft and Pro V1 carry the same distance.

No matter how much you wish your Tour Soft would carry farther, it won’t.

The two balls have almost identical numbers in this regard.

The reason these two balls carry so similarly is likely due to their similar construction—both feature a urethane cover over a balata core—and their very similar low-compression cores.

Although Pro V1 has a slightly harder core.

Since Wilson Staff makes them both (Wilson Staff owns Acushnet Company which manufactures Titleist), it makes sense that they share similar design features across models.

My Opinion: There isn’t much here as you can see. Both are counterparts and up to the task so look at my opinion in the next two points.

You might wonder if the Pro V1 is better than a Tour Soft.

The answer: not necessarily.

While they’re both great balls, they each have unique characteristics that will help you find your perfect ball.

If you’re looking for a ball with more spin potential but don’t mind sacrificing some feel to get there, then go with the Pro V1!

The Pro V1 has a little more spin.

But it also feels less responsive and durable than the Tour Soft.

It’s also slightly softer than the Tour Soft. This means it offers more feel on mishits and has better control around the green.

Here’s the good news: Tour Soft will break down quicker and lose its spin sooner because of its softer cover.

Many golfers already know this to be true, but if you’re still surprised by the results, remember that it’s all about tradeoffs.

The Pro V1 has a harder cover and will maintain its performance for longer than its counterpart. But it also costs more upfront.

So, if you can afford the Pro V1 and like the durability that it offers, then it’s the better option.

However, if you don’t mind the ball going bust after a few hits and are looking to spend little, then Tour Soft is it.

My Opinion: I’ll rather go for a stronger, durable ball than one that won’t last long. I also believe it’ll save me money in the long run. And might even affect my game positively since I’m using only one ball.

If you’re looking for an affordable alternative with all of Titleist’s legendary performance characteristics, look no further than the Tour Soft!

The Tour Soft is a great ball that gives you the same performance as the Pro V1 at a much lower price.

It’s also more durable, so you can play it in all conditions without worrying about losing distance or spin off the tee due to wear and tear.