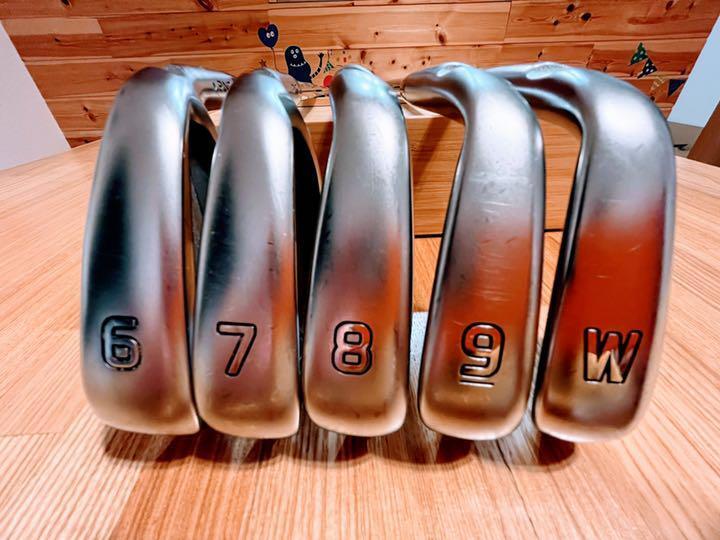 When you get to the market, you’ll realize that the golf iron industry is saturated.

Presently, most manufacturers have several iron models for golfers to choose from, and it could be complicated to determine which fits your game the best.

However, PING irons continue to be a front-runner in the industry.

These irons are beautifully crafted and designed to immensely improve golfers’ games. As such, the irons are highly coveted.

This article will be your quick guide to the PING iron line-up as we compare two of the brand’s leading irons: PING i210 and G425, to determine the best.

These PING irons are game improvement irons that offer incredible features. They are PING’s iron for the masses, and many customers enjoy them.

The G425 iron design seeks to not only improve the game performance but also improve the overall appeal by providing an enhanced feel and look compared to its G series counterpart.

It also has tungsten tow screws and hosel weights to improve speed and forgiveness. Generally, the G425 irons are best for mid-handicappers.

The i210 irons significantly improve players’ games across all ramifications over its predecessor: the i200.

It’s easier to hit and improves golfers’ accuracy and distance. The feel and look are exceptional.

Generally, the iron is excellent for mid to low handicappers who require extra forgiveness but in a compact design.

They have a smaller and more compact head.

They boast two weights, a weight in the hosel and a clear screw at the clubhead front, plus a broad and cascading sole that enable exceptional ball launch angle.

The back cavities have the multi-material badge filling, which helps absorb any shocks or vibration on mishits.

The PING Iron i210 is the brand’s most-played iron on tour.

The feel and precision of these irons are excellent, thanks to the patented multi-material construction that features the 431 stainless steel head and a softer, larger elastomer Insert.

Unlike the predecessors, the iron shapes are refined and ensure great appeal to the audience.

The faces and grooves are precision milled to offer a high-end appearance.

The soft feel makes it suitable for golfers who need an great feel to control their ball’s flight and trajectory.

The improvements to the elastomer insert and the tuning port, with the stunning refined details on these irons, provide an exceptional level of performance for this type of iron.

Both irons possess distinctive features that could be advantageous or disadvantageous depending on the golfer’s skill.

The PING i210 irons have a muscle back design, while the G425 has a cavity back design.

The PING G425 cavity back irons give improved forgiveness, long distance, and a higher ball flight.

But, the cavity back lacks a straight shot shaping feel or ability. With G425, you’ll find it harder to shape shots.

On the other hand, the PING i210 muscle back irons provide average distance and forgiveness but an excellent feel and workability.

Also, the Perimeter Weighting emphasis on the PING G425 irons makes them more forgiving than the PING i210s.

Concerning prices, the PING G425 irons are generally less expensive compared to the i210 irons. However, the disparity between the prices is not large or hugely significant.

Are PING G425 Irons Worth The Money?

They are easy to launch high and long. Even though there are lesser alternative options, these irons are worth the price.

Are PING i210 Irons Worth the Money?

The PING i210 irons are also worth the money. They are excellent golfers’ iron with great looks, feels, and an incredible level of playability.

The irons are a perfect option for players looking for solid, reliable irons that will be worth it for years.

Hopefully, at this point, the comparison of these PING irons would have made the similarities and differences between these irons clearer.

They are great irons with good value for money. But they are suited for different levels of golfers.

When making your choice, always prioritize what aligns with your skill set and will improve your game massively.