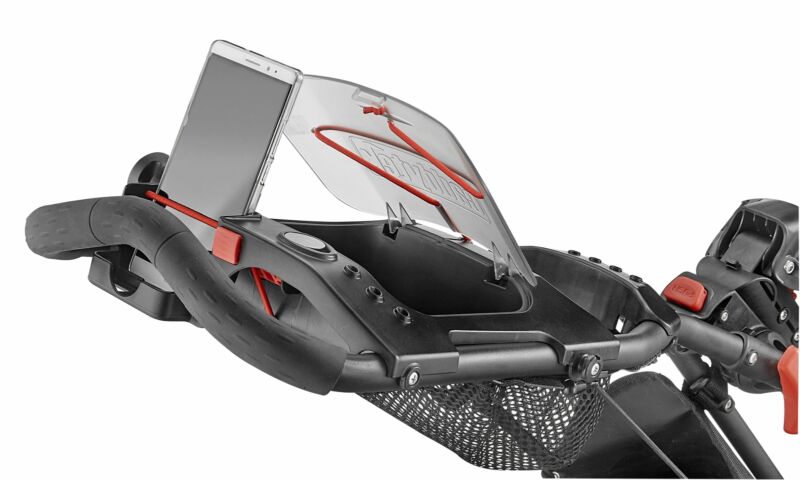 Sun Mountain and Clicgear are both manufacturers of golf push carts and other golf equipment.

Sun Mountain is an American sports brand located in Califonia while Clicgear is a Chinese manufacturer based in Hong Kong.

These brands are reputable for their golf carts; the article discusses and compares some of them.

How to Choose the Right Push Carts

There are a lot of things that come to mind when you think of push carts. The more of these things are available in the cart, the easier your experience is. However, that may call for a higher budget.

Generally, your golf push cart should have the following:

Make sure your push cart has these features.

They will help you maneuver the green easily, make the cart easy to push around, keep your clubs and accessories safe, and ability to use the cart itself during winter.

Obviously, not everyone is a fan of golf carts, some don’t find them appealing enough and prefer the traditional carrying bag.

But if you’ve gotten this far, you’re probably considering a new one or a replacement, and your choice is lingering between a Sun Mountain or a Clicgear.

Although Sun Mountain and Clicgear both manufacture other golf gear/equipment like rangefinders, golf bags, and carry bags, the first thing to come to mind when one of these brands is mentioned is a ‘pushcart’.

And the first brand to come to mind when you hear a push cart is either Sun Mountain or Clicgear or Caddytek.

They both produce top-tier, quality products and seem to be unbeaten in this particular niche for years.

It is either Clicgear or Sun Mountain and rarely Bagboy, Sun Mountain, or Motocaddy. That is not to say that these brands are not reputable themselves.

Sun Mountain vs. Clicgear: Which is Better?

With so many models available, choosing that one push cart can be a hassle, so we take a look into the ones most people are buying.

The Clicgear model 3.5 and the Sun Mountain V3.

The Sun Mountain V3 is cheaper than the Clicgear 3.5, which is one of the major differences between the two carts even as the price range differs between retailers and locations.

The Sun Mountain V3 is reasonably priced, really hardy, and has all the basic needs you’d require for a golf cart.

But the wheels don’t have that much grip. It is made with aluminum which doesn’t rust, unlike metal. And it is priced at $130+ and might vary depending on retailer, location, and shipping.

The Clicgear 3.5 is a no-brainer for those who intend to use it for its money’s worth and not just for casual golfing.

It has a better frame quality than most and is made with aluminum, with no worries of rusting.

It is priced at $220+ and might also vary depending on retailer, location, and shipping. The Clicgear carts also have more accessory loadout in general.

This is one of the more important features to look for, especially if you have a small car.

While some golfers state that the Clicgear folds easier than the Sun Mountain, others are of the opposite opinion.

So, you have to test both and pick the one you prefer based on that.

There doesn’t seem to be a shortcoming for both in terms of where you can store your clubs. The two clubs have decent space to keep your things, so it’s probably a draw.

The Sun Mountain and Clicgear carts both have an excellent braking system, good steering, sturdy umbrella holders, and are very efficient.

Also, both carts don’t seem to have pneumatic tires, so there isn’t much to say there.

However, they are both built well, and probably better than counterparts like the Bag Boy Quad, which is why they are still very popular.

Those who have used the carts, especially Clicgear, loved that they don’t require a lot of maintenance, which is great if you have a busy schedule.

What Other Golfers Are Saying

The best way to know a quality product is through the reviews it gets.

From golf forums, and blogs, to e-commerce sites like Amazon and eBay, the mass of golf enthusiasts and players alike prefer Clicgear to Sun Mountain.

User reports and reviews suggest that the Clicgear 3.5 is more durable, portable, and maintainable than the Sun Mountain V3.

The Sun Mountain V3 is great, it is also durable, portable, and easily maintained.

But just the Clicgeark 3.5 does better in those aspects which makes the Sun Mountain V3 a second option, apart from how affordable it is compared to the Clicgear 3.5.

Everything just boils down to a player’s preference eventually.

You want a sturdy frame that can last you years with no problems or a sturdier frame that lasts longer and probably won’t break in a situation where the former does but will cost you more.

In the end, both carts are great options, Clicgear 3.5 is more widely accepted than Sun Mountain but they all perform optimally.