When the Ping Anser Putter was debuted a few years ago, it features that head-toe tungsten weighting everyone has been waiting for.

This construction not only provides accuracy but also brings forgiveness and stability closer to golfers.

Packed with excellent features like a soft ballast surface, center line, and rounded corners, making alignment with the Anser is as easy as setting your ball on the tee.

But then PING released Ping 2, 3, and 4. So, it’s natural people would want to compare Ping Anser vs Anser 2 and the rest of the series. And yes, the Ping 2 comes with some extra features.

To take the design even further, the Anser 2 added sharper corners with a narrower profile so striking and aiming with focus are further enhanced.

The Anser has been a popular putter because it is forgiving, balanced, and features slight lines and angles that make squaring up very easy.

Both Anser and Anser 2 have a similar profile and there aren’t a lot of differences between the two.

But those little/subtle differences can make or break your liking for any of them.

Does the Anser 2 come with anything new that is worth considering? Should you leave your Anser for Anser 2?

Let’s find out in this short comparison:

Performance of the Two Anser Putters 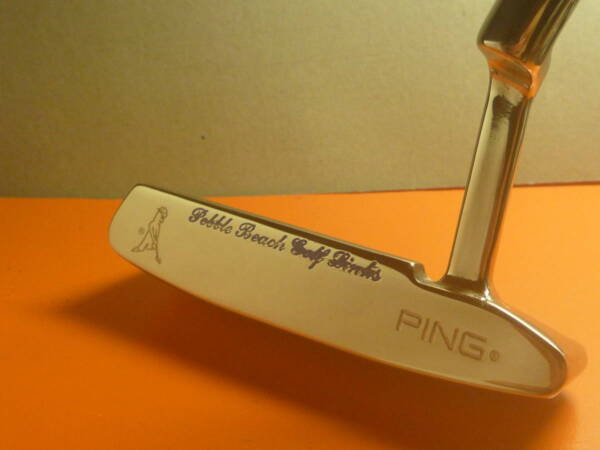 The two are quite similar in terms of performance.

Looking at the construction of both putters, the differences appear to be in their aesthetics.

However, there are also quite a few models in the Anser series (apart from the traditional ones).

These include the likes of the Redwood and Milled versions which makes some of the differences to be subtle.

While a lot of pros like Tiger Woods, Jason Gore, etc., may have preferred one over the other, none of the two are designed for a specific set of golfers.

PING designed them to be played by all golfers.

In terms of price, the Ping Anser 2 is slightly cheaper than the Anser.

You would think that the extra features and better technology that comes with the Anser 2 will make it cheaper. That isn’t the case here.

Rather, it is much cheaper than its predecessor, which is why a few people are switching over to the new design.

The Anser 2 is going to feel flatter, harder, and sharper than the Anser. Anser, on the other hand, will give you a rounded feel in comparison.

There will be differences in colors too if you pay attention to something like that.

Comparing the Design of the Putters 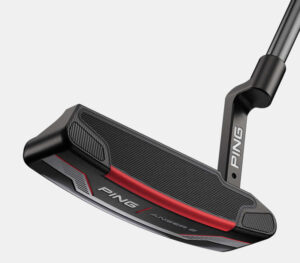 According to PING, both the Anser and Anser two have similar geometries and center alignment lines to make aiming as easy as possible.

However, there are a couple of differences you should be aware of.

We’ll look over a few (and even slightly) differences in the construction and what this means for you if you buy any of them.

The Anser has more rounded bumpers than the Anser 2. The Anser 2, on the other hand, features a square bumper and a sharper edge.

The Anser is designed from bronze, compared to the stainless steel ( or BeCu or BeNi or SS) construction of the Anser 2.

Some people prefer the stainless steel construction because it is more sturdy but the bronze in the Anser can make it feel lighter and easier to carry especially for beginners.

There is also no sightline in the Anser and it is also softer along with all the round and radius bumpers.

So, if you’re a beginner, you may want to consider the Anser as it might give you more leverage.

Another significant difference between the two is that the Anser 2 has a longer heel-to-toe.

The bumpers and shoulders might look different when you look from afar. But at a closer look, there shouldn’t be much difference.

Also, the top line in the Anser 2 is thinner while that of the Anser is thicker.

All said and done, the look at address will be the most different feature between the two because of the top-line differences above.

The Anser 2 will look narrower, longer, and straighter while the Anser will look blockier and beefier at address.

Ping Anser Milled 1 vs 2: Any Differences?

A milled putter is one that’s structured and built with a single piece of material, usually steel, which could be stainless or carbon.

The sound and feel depend on the type of steel used, so it’s important to select carefully.

The Milled putter line from Ping is one of the best out there.

These putters pack a lot of balance and weight with a great sightline to add.

The putters also come with a stepless shaft, which makes the putter look sleek and pleasing, even though there shouldn’t be a performance difference from the stepped versions.

Most people say they like the stepless look so this may be your chance to test it out. The grip isn’t as great but you can customize it to your liking.

The Ping Anser Milled 1 is quite similar to the 2 in terms of functions.

Just like the design in the traditional Anser, the biggest difference between the Anser Milled 1 and 2 is the design.

Where the 2 has a straight and sharper toe compared to the more rounded toe of the 1. The Milled 1 also has a thicker top line than the Milled 2, which is another aspect to consider.

While Anser 2 has a modern look, the Anser 4 is a more classic, traditional putter. Both are designed for completely different player profiles too.

One of the obvious, and well-discussed differences, between the two is that the Anser 4 has more toe hang than the Anser 2.

If your playing style supports holding the face square to the target line longer, then you may not need this feature as much.

So, then it becomes a personal choice. As a flow neck putter, the Anser 4 will be more advantageous to players with more arc when stroking.

So, if you have a strong arced stroker, you’ll need a narrower profile and a longer Anser 4.

However, if you have a slight arc, Ping recommends you go for the Anser 2. Moreover, the heel-toe tungsten weighting of the Anser 2 gives it extra stability and forgiveness.

As you can see, this is a short review and comparison of some sort.

Looking at the profile of both Anser and Anser 2, it’s easy to see that they are very similar.

Some might even play them without noticing any significant differences. But no matter how subtle, you’ll probably notice the differences if you’re a pro golfer.

Will this affect performance? Doubtful. Both are on the same pedestal when it comes to functionality.

But when it comes to the look, there are a few variances, which I tried to cover in this article.